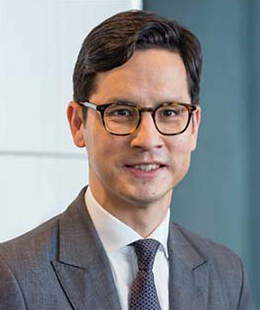 Daniel has more than 20 years’ experience advising on cross-border deals between Asia and Australia across a broad range of industries including renewable energy, natural resources and infrastructure.

He is currently the CEO of Ark Energy Corporation which was established by Korea Zinc in early 2021 to decarbonise the energy supply of the group starting with its Sun Metals zinc refinery in Townsville as it aims to become the first refinery in the world to produce green zinc. Ark Energy will leverage and expand on the group’s investments across the hydrogen value chain to become one of the most competitive producers of green hydrogen in the world and an extreme user of hydrogen.

Previously Daniel was Queensland Government’s Trade & Investment Commissioner for Korea based in Seoul for more than 5 years. Prior to Queensland Government, Daniel had a long career at KPMG in Transactions & Restructuring. He played a key role in establishing and operating KPMG Australia’s Asia Business Group. He was KPMG Australia’s Head of Korea Business Practice among other leadership roles. He has been a Director of the Australia-Korea Business Council since 2014. Daniel received a Korean Government Minister’s Citation in 2017.