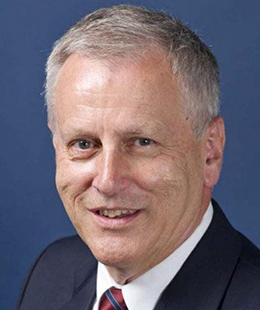 Ambassador Paterson has held positions at the most senior levels in the Australian Government with responsibility for counter-terrorism, international strategic and security policy, politico-military affairs, intelligence and regional issues.  He has extensive experience in trade and investment implementation and promotion in Asia.

From 2013 to 2016, he was Australian Ambassador to the Republic of Korea (ROK), dually accredited also to North Korea and Mongolia.  Mr Paterson was Australia’s representative on the United Nations Command (UNC) for Korea and worked closely with US Forces Korea (USFK), positioning Australia as a key security partner to both the US and ROK.

Prior to that, he served as Australian Ambassador for Counter Terrorism and Head of the International Security Division in Australia’s Department of Foreign Affairs and Trade from 2008-2013, undertaking frequent missions in the Middle East, Southeast Asia, the US and Europe, and working closely with relevant Australian agencies and the federal-state National CT Committee.

Mr Paterson was earlier Australian Ambassador to Thailand (2004-2008), and led Australia’s disaster response to the 2004 Asian tsunami.  Before that, he was head of the Southeast Asia Division in Australia’s Department of Foreign Affairs and Trade in 2003-04.

As Ambassador to both Thailand and Korea, he focussed intensively on trade and investment promotion, including (in both countries) the initial implementation of bilateral free trade agreements (FTAs).  In particular, Mr Paterson worked closely with major Australian and multinational energy and resource companies, including on critical access issues.

He served as Chief of Staff and Principal Adviser to the Foreign Minister in 2000.

He was Assistant Secretary (Asia) in the Department of Prime Minister and Cabinet in 1998-99, during both the Asian financial crisis and East Timor crisis, advising the Prime Minister on APEC, trade policy and regional issues.

Mr Paterson served as Minister in the Australian Embassy in Tokyo from 2005-2007.

He has worked on global intelligence issues for the Office of National Assessments (ONA) and was for four years ONA’s representative to the US intelligence community in Washington.

In 2003, he was awarded the Public Service Medal and in 2005 the Humanitarian Overseas Service Medal. He is married with three adult children.