This event is free to attend

Mark Jamieson has led a distinguished career in both the public and private sectors. He has approached all his roles with the personal ethos to not only do well, but do good.

Mark Jamieson has been the Mayor of the Sunshine Coast Council (the fifth largest local government in Queensland) since April 2012.  Mark is leading a transformational agenda to position the Sunshine Coast as one of Australia’s leading city regions – one that is healthy, smart and creative.  Since early 2020, his primary focus has been on keeping the Sunshine Coast community safe in the face of the COVID-19 pandemic and providing leadership which drives and supports the recovery of community organisations and the region’s economy.

Mark’s goal is that the Sunshine Coast maintains its distinct and enviable identity, but is intimately connected to the world – offering opportunities for its residents today and well into the future.

Consul Hanjin Bae, Head of Korean Consulate in Brisbane, is very honored to serve in Brisbane for the eighth foreign post in his career. As Head of Mission, he aims to further strengthen cooperation in the fields of the economic and cultural exchanges and cooperation with the Queensland, Australia as well as the promotion of the Korean civil society. 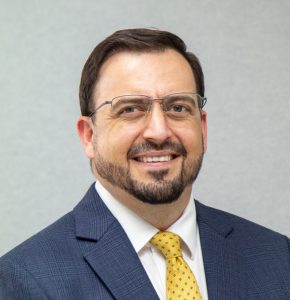 Ryan Freer was appointed commissioner for Korea in July 2021. Prior to joining Trade and Investment Queensland, he was the New Zealand Trade Commissioner for Thailand, Myanmar, Cambodia and Laos, based in Bangkok.

Ryan has extensive professional experience in Asia, including more than 10 years’ experience in Korea across both the public and private sectors. He was New Zealand’s Trade Commissioner in Korea from 2012 to 2017, overseeing a significant rise in export values to Korea and supporting the signing and implementation of the Korea–New Zealand Free Trade Agreement.

Ryan has a Bachelor of Communications from Griffith University and a Master of International Studies and Korean language qualifications from Seoul National University. He is also a graduate of the New Zealand Institute of Directors. 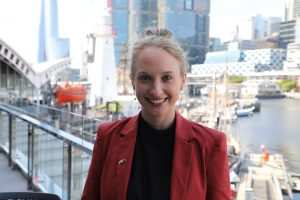 Liz is the Executive Director of the Australia-Korea Business Council and has held the position since December 2015. Prior to taking up this role Liz held positions at Asialink Business and KPMG.

Liz speaks Korean at an advanced level, having completed a Diploma of languages (Korean) at Monash University and also completing the highest levels of Korean language study at Seoul National University.  Liz has also spent time at Yonsei University and Sogang University.

In 2017, Liz was awarded an appreciation plaque from the Consul General of the Republic of Korea in Sydney, recognising her dedication to promoting trade and investment between Korea and Australia.

In 2021, Liz graduated from the Australian Institute of Company Directors Course.

Eunjung started this year as the Project Officer of the Australia-Korea Business Council. Her background is primarily in education and has taught at prestigious  schools in both Korea and Australia.

During her teaching career, her focus was on cultural exchanges between both countries, as well as organising tours to Korea with students and school leaders.

Graduating with a Masters of Teaching from Melbourne University and a Bachelor of Fine Arts from RMIT, Eunjung is keen to build on her experience and support AKBC in fostering stronger economic relations between Australia and Korea. 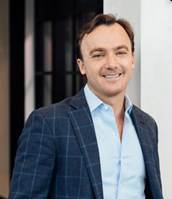 His corporate exposure varies in a wide number of industries within the food production and agribusiness sectors throughout his career in addition to his financial and analytical background in the National Australia Bank. He has a passion for the commodity centric supply chains and the end to end linking of food production with end users.