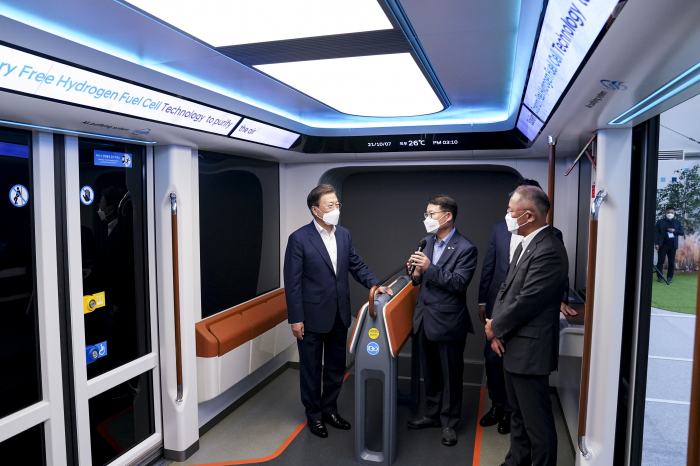 S.Korea sees tenfold rise in hydrogen fuel use by 2030 (The Korea Economic Daily)

South Korea will sharply increase the adoption of hydrogen as a fuel of transportation, industrial plants and power generators to become the world’s leading hydrogen economy, President Moon Jae-in said on Thursday.

The government will provide all-around support, including debt payment guarantees and tax deductions, to hydrogen-related companies and their overseas hydrogen projects with an aim to create 30 leading hydrogen companies by 2030. By then, the government plans to boost domestic hydrogen consumption over tenfold to 3.9 million tons from this year’s estimated 220,000 tons, according to Minister of Trade, Industry and Energy Moon Sung-wook.

The minister unveiled the plan, entitled “The benefit of the hydrogen economy and the government’s vision as a leading hydrogen economy,” in a briefing to President Moon and the country’s leading business leaders on the sidelines of the groundbreaking ceremony for Hyundai Mobis‘ hydrogen fuel cell plants in Incheon, west of Seoul.