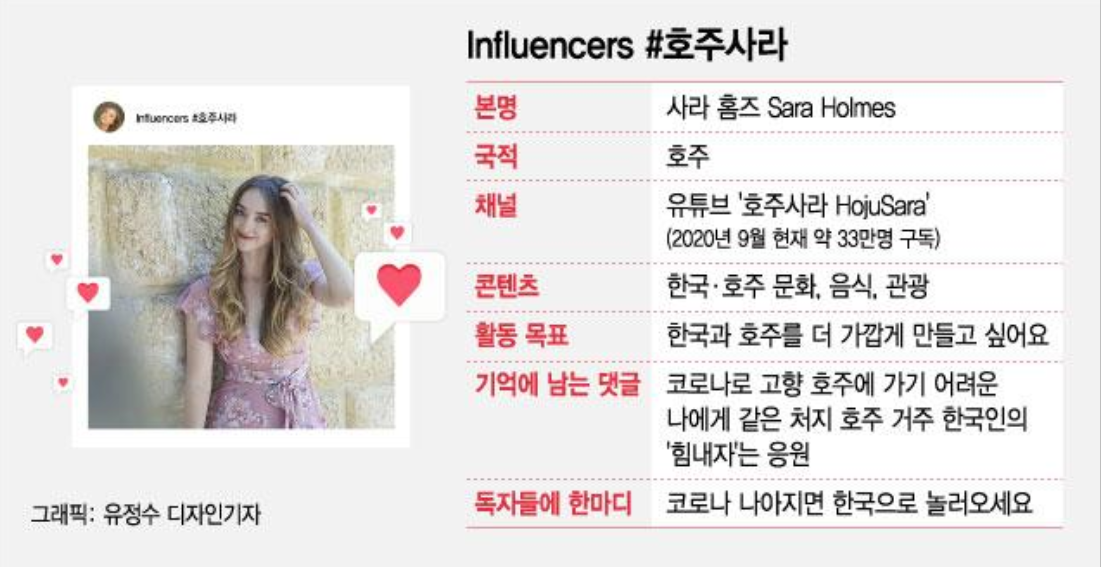 In 2006, Sara Holmes was just in high school when she first came across a music video by TVXQ (동방신기). To her, they were the type of artists that you would not see or hear in Australia. After engaging with Korean music, variety shows, dramas and games, Holmes left to travel to Korea upon completing her studies.

Holmes’ love for Korean TV developed her appreciation of Korean culture and cuisine. As a result, she established a YouTube channel called ‘호주사라 HojuSara’ in 2014. On her channel, Holmes frequently shares the top restaurants to visit, mokbangs, interviews as well as a variety of other content.

According to Holmes, in order to fully engage with Korean culture and to succeed overseas, you must learn the language. For instance, her ability to communicate in the Korean language has led her to many opportunities. In particular, she was the host on the Netflix TV show ‘Busted!’ (범인은 바로 너!), which stars Korea’s famous celebrity, Yoo Jae-Seok.

This is a great tip for anyone wanting to succeed in Korea, whether it be for business or personal reasons.